The story of the acquisition of 1,564 sacred Scrolls of the Law from Czechoslovakia which arrived at Kent House, the home of Westminster Synagogue, in February 1964, has passed into history as a small but remarkable episode in the tragedy of European Jewry.

To those who were entrusted with the Scrolls, they were a symbol of hope after a time of sorrow, and an intimate link with those synagogues and their congregations destroyed by the Nazis.  Over the decades since the Scrolls arrived, the shelves on which they were so gently laid have grown emptier, as one after another they have been sent out to be restored to their proper place in Jewish life.

After fifty years, when most of the Scrolls have found new homes, the Trust is charged with the next phase of its work.  It must ensure that those synagogues who have received scrolls are aware of what they have, that they investigate the scrolls’ original homes or what is left of them, and hand on to the next generation the precious legacy they have acquired.

For the long journey of the Scrolls is not finished.  They have a role to play in enabling those who care for them today to remember their past and to look ahead to their future, to play a part in ensuring that the terrible events which brought them to London and then onward to new homes, can never be repeated.

This Torah, from the Pinkas Synagogue in Prague was rescued from the ashes of the holocaust and founds its ultimate home in our Beth Tzedec Sanctuary through the generosity of Henry and Sarah Libin and Family.  September 1981. It is dedicated to the memory of six million of our people who perished, and the eternal survival of Israel. 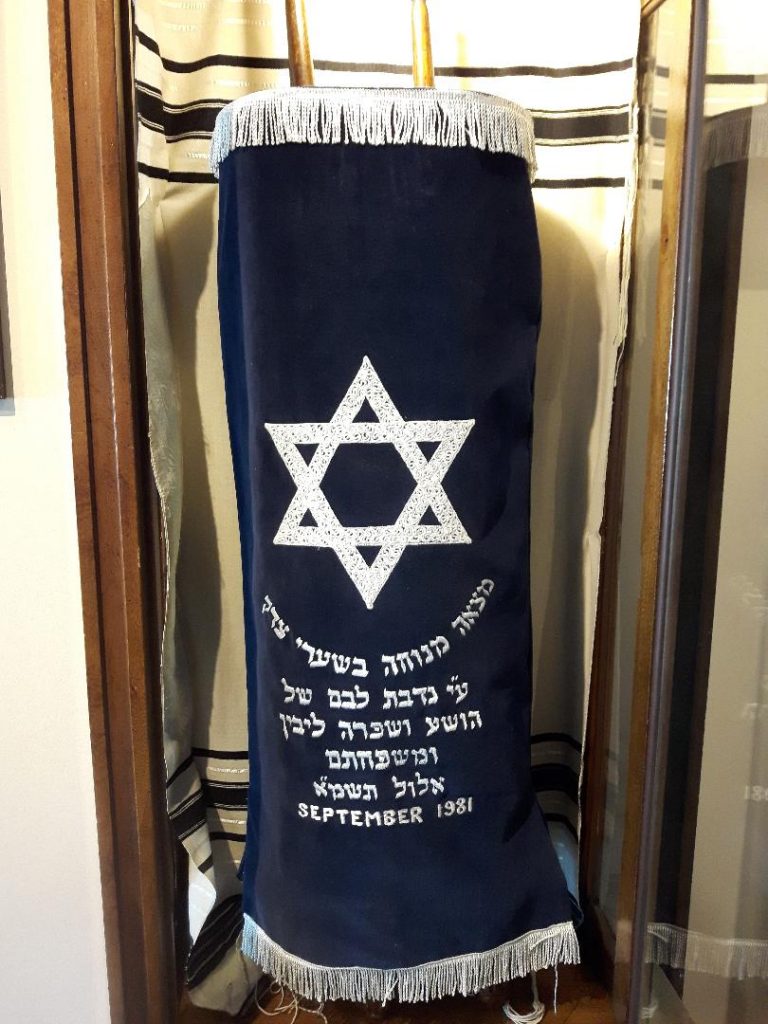 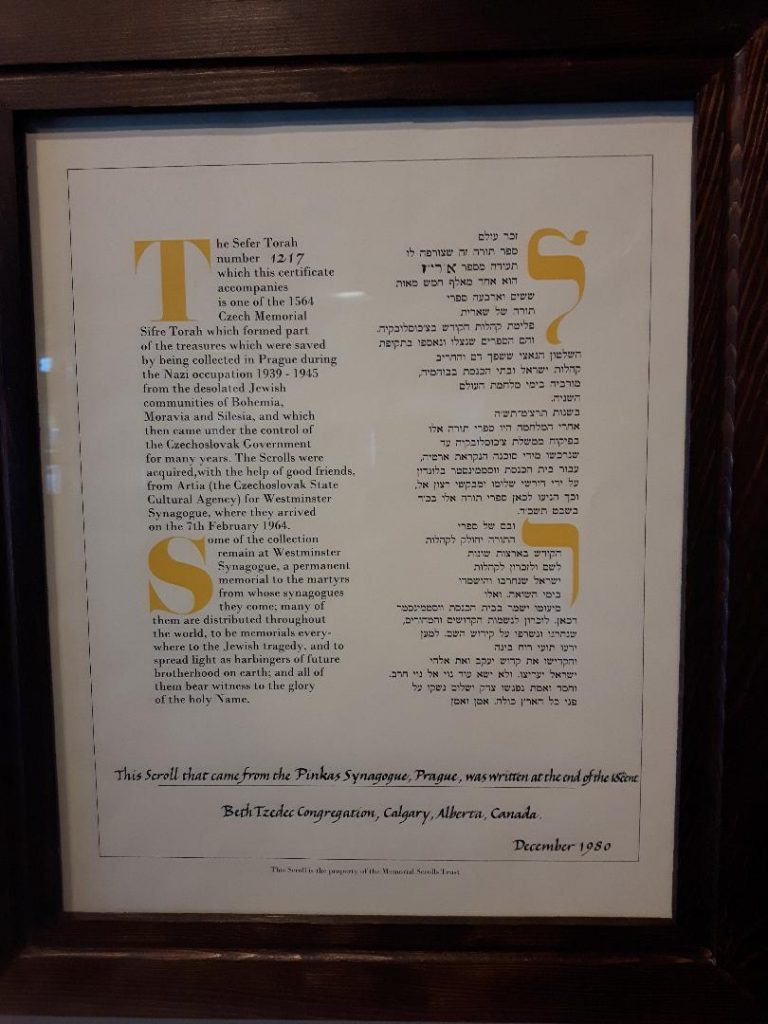