Sukkot, a Hebrew word meaning “booths” or “huts,” refers to the Jewish festival of giving thanks for the fall harvest.  It also commemorates the 40 years of Jewish wandering in the desert after the giving of the Torah atop Mt. Sinai. Sukkot is celebrated five days after Yom Kippur on the 15th of the month of Tishrei, and is marked by several distinct traditions. One, involves what are known as the Four Species (arba minim in Hebrew) or the lulav and etrog. We are commanded to take these four plants and use them to “rejoice before the Lord.” The four species in question are an etrog (a citrus fruit similar to a lemon native to Israel), a palm branch (in Hebrew, lulav), two willow branches (aravot) and three myrtle branches (hadassim). With these four species in hand, one recites a blessing and waves the species in all six directions (east, south, west, north, up and down), symbolizing the fact that G-d is everywhere.

Another, which takes the commandment to dwell in booths literally, is to erect a sukkah, a small, temporary booth or hut. Sukkot (in this case, the plural of sukkah) are commonly used during the seven-day festival for eating, entertaining and even for sleeping.

Sukkot also called Z’man Simchateinu (Season of Our Rejoicing), is the only festival associated with an explicit commandment to rejoice. A final name for Sukkot is Chag HaAsif, (Festival of the Ingathering), representing a time to give thanks for the bounty of the earth during the fall harvest.

In 2012, the University of Calgary’s Environmental Design School has engaged with Beth Tzedec Congregation in a collaborative project to design a sukkah for the Jewish holiday of Sukkot.   The project was inspired by the New York City Sukkah Design Competition.  As part of the preparatory process, Professors Catherine Hamel and Jason Johnson invited Rabbi Shaul Osadchey to present a lecture on the meaning of the holiday of Sukkot and the laws regarding the construction of a sukkah, a physical structure that symbolizes the huts that the ancient Israelites lived in during their 40 years of wandering in the wilderness.  Following a lively and engaging class discussion, Rabbi Osadchey expressed interest in the possibility of commissioning a unique sukkah design or concept for Beth Tzedec synagogue.  The initial success of the first sukkah led to the continuation of the project for a five year period.  Each design reflects a distinct interpretation of one of the themes of Sukkot and the symbolism of the sukkah as envisioned by the graduate students.  Their innovative and daring concepts have captured the imagination of the congregation and wider Jewish community.  In addition, several of the sukkot have been subsequently erected on the campus of St. Mary’s University as part of their efforts to promote interfaith learning and an appreciation of religious diversity.

We concluded the Sukkah Display Festival on October 4, 2017 where we displayed all five sukkot. 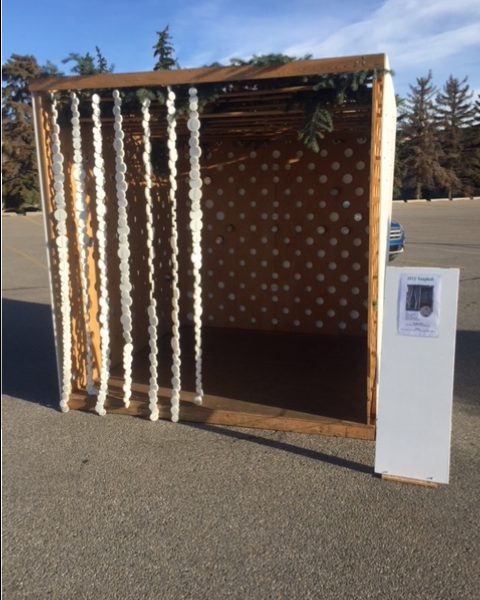 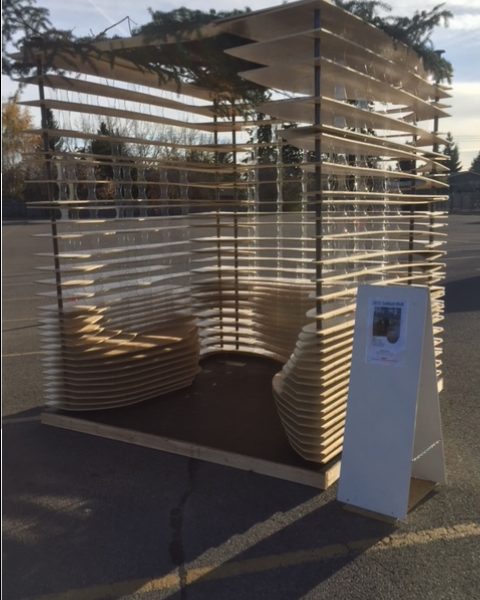 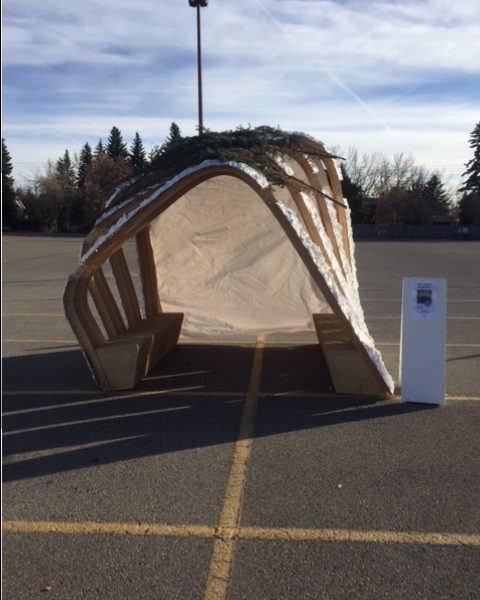 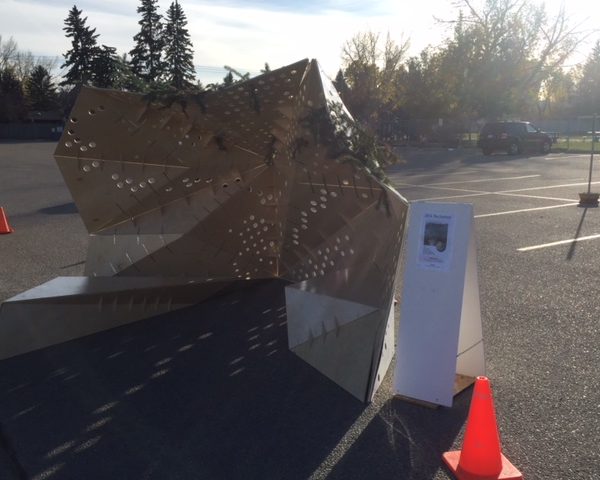 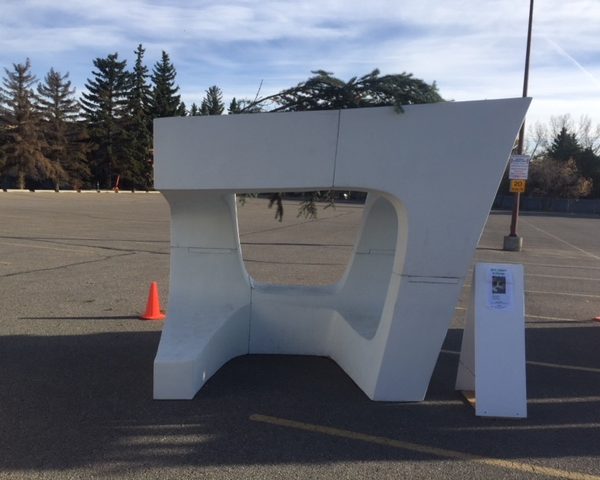 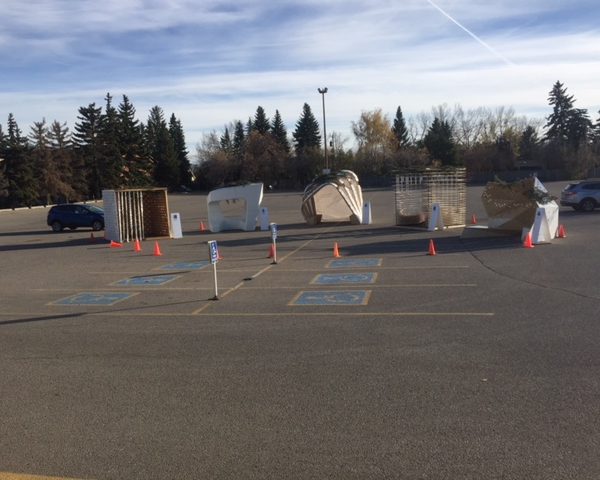 View this documentary of five sukkot designed by the U of C School of Environmental Design.