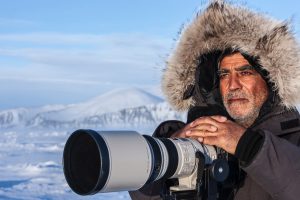 PICTURE OF HIS LIFE 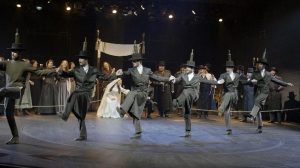 We’re proud, one again, to bring you an exciting line-up of outstanding films and special guests. From stirring dramas to thought-provoking documentaries, this year’s selection of films will explore a range of themes and take us to destinations as diverse as the Jewish experience itself – from Broadway, Brazil and Austria to Mexico City, Jerusalem and the Canadian Arctic.

We’re delighted to have Calgary Jewish Federation join us as co-sponsors of the screening of the moving documentary Chasing Portraits, as part of the CJF’s community-wide Kristallnacht commemoration. We’re thrilled to have filmmaker Elizabeth Rynecki, writer, director and producer of the film, as our special guest that evening. This event is open to the entire community, at no charge.

Another special guest that you won’t want to miss is David J. Fishelson, producer of the award-winning film Golda’s Balcony, the Film (2019), a cinematic version of the hit Broadway one-woman show starring Tovah Feldshuh. This enthralling film is being presented as this year’s “Dr. Martha Cohen Memorial Screening”.

We feel honored by the Jewish Historical Society of Southern Alberta’s choice of our film festival, once again, as the venue for their annual Jay Joffe Memorial Program. JHSSA will be co-sponsoring the screening of our Closing Night film Fiddler: A Miracle of Miracles, an entertaining and feel-good documentary that goes behind the curtain to explore the enduring legacy of the beloved Broadway musical Fiddler on the Roof.

As always, we would like to express our deepest thanks to all of our sponsors, without whom this festival would not be possible. It is their generosity, community-mindedness and commitment to Jewish culture that enables us to offer this event to the community.

I would also like to take this opportunity to thank my hard-working committee for all the time and effort they‘ve put into planning this year’s festival.

We hope that you’ll enjoy the festival, and that this year’s selection of exceptional films will move and inspire you, entertain and delight you, enlighten and challenge you!