Preparing for the End of Life Course

PREPARING FOR THE END OF LIFE:
An Eight-Week Course based on Hassidic Literature, Talmudic Stories and Jewish Laws and Customs

This eight-week course focuses on preparing for the end of life and includes the study of an impressive selection of Jewish texts.

Offerings include insights into:

Participants will explore a wide range of issues related to end of life through a variety of modalities including:

Instructor
Rabbi Rick Kline is a graduate of the Hebrew College Rabbinic School in Boston and currently serves as a Spiritual Health Practitioner at Foothills Medical Centre. He brings life experience as a lawyer, businessman, yoga and meditation instructor and, most recently, as a chaplain who provides support to patients and families experiencing end of life.

The course is based on Rabbi Kline’s final year project while a rabbinical student at Hebrew College.

Participants are asked to commit to all eight sessions ending April 2 (Note: No class on February 27).

Members and volunteers of Beth Tzedec and Chevra Kadisha: $50
Members of the community at large: $100
Students: $25 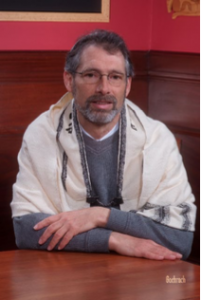 Rabbi Rick Kline was ordained at Hebrew College, Newton Massachusetts, May 2015, where he also earned a Masters in Jewish Studies and a Certificate in Pastoral Care. He studied at Pardes Institute of Jewish Studies in Jerusalem from 2008-2010 and at the Conservative Yeshiva in Jerusalem in 2012-2013. He was trained as a chaplain both at the Brigham and Women’s Hospital and Hebrew Senior Life, Boston MA, from 2013-2016 working on the Oncology and Palliative Care units. He became a Board Certified Chaplain with the American Professional Chaplains in 2017 and a Certified Spiritual Health Practitioner with the Canadian Association for Spiritual Care in 2018.

Rabbi Kline co-led High Holiday Services in Boston MA in 2016 and 2017 at Congregation Mishkan Tefila, the oldest Conservative synagogue in in New England. Prior to that he led High Holiday Services for one season at Temple Beth Sholom, an egalitarian Conservative synagogue in Framingham MA. Returning to Calgary at the end of 2016, he began work as a chaplain at Bethany Senior Care, working with extreme dementia patients and their families. He taught a 50 week course on the Book of Genesis presenting the Hebrew text with an exact translation. The course considered the historical context, geographical implications and archaeological evidence to gain a better understanding of the Biblical stories, their settings and the text itself.

He currently works as a full time chaplain at the Foothills Medical Center, Calgary, on the Renal, Neurology and Oncology/Hematology Units.

Prior to attending Rabbinic School, Rabbi Kline was the President, CEO and Director of Mercury Energy Corporation, a junior oil and gas company, and Mercury Electric Corporation, a power generation company. He was also Chairman, Director and a founding member of the Independent Power Producers Society of Alberta (IPPSA) which worked to establish a competitive electric market place in Alberta. He was active at Temple B’nai Tikvah, serving as President for two years and on the Board of Trustees in various responsibilities for 13 years. He practiced as senior corporate counsel at Unocal Canada for ten years before starting his own companies. Rabbi Kline is a certified yoga and meditation instructor, teaching since 2008.

Rabbi Kline was born and raised in Calgary by his parents Doreen and Cecil Kline, also natives of Calgary and long- time members of Beth Tzedec Congregation. He has three sons from his marriage to Mara Kline − Jesse, Eli and Ari − and they now have two grandchildren, Alexander and Phoebe. He is married to Ruhama Rigbi-BenAvot, a clinical psychologist and native of Jerusalem, who has two daughters living in Israel, Moriya and Helah, and a grandchild on the way. Ruhama and Rabbi Kline spend part of their time in Israel.

Rabbi Kline teaches an eight-week course he wrote entitled, “Preparing for End of Life Care, A Course Based on Ancient Jewish Sources.” The course utilizes small group study, meditation, discussion, didactic sessions and journaling, where participants explore a range of issues related to the end of life and become acquainted with some of the mystical and spiritual trends in Judaism.