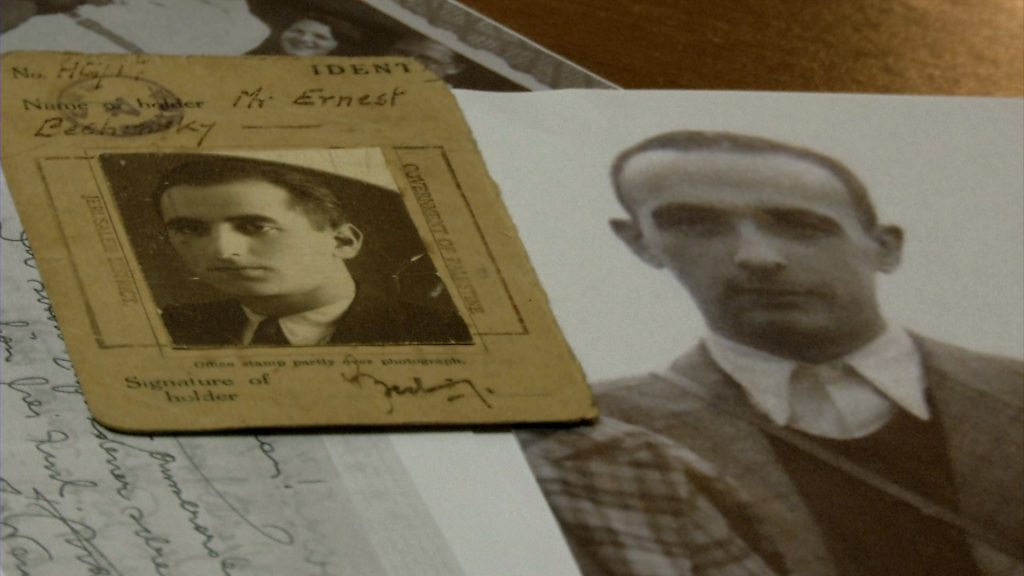 At the centre of this incredible but true “detective” story, is a man by the name of Ernst Bechinsky – a man who died in Israel in 1969 – and then again in Austria in 1987. When Israeli filmmaker Yair Lev inadvertently discovers that the identity of his grandfather, Ernst Bechinsky, had – apparently – been stolen during WWII, he sets out to unravel the mystery and uncover the truth about the “other” Ernst Bechinsky – a man who had lived with a Nazi SS family during the war, and later became president of a Jewish community in Austria. Who was this man who took on another man’s identity? Why and how did he do it? What dark past did he wish to conceal? Unfolding in surprising and moving ways, the filmmaker’s riveting journey takes him from Tel Aviv to Vienna, to Innsbruck and then to Zagreb, revealing a complicated history that leads to an emotionally fraught meeting between third generation descendents of Jews and Nazis.