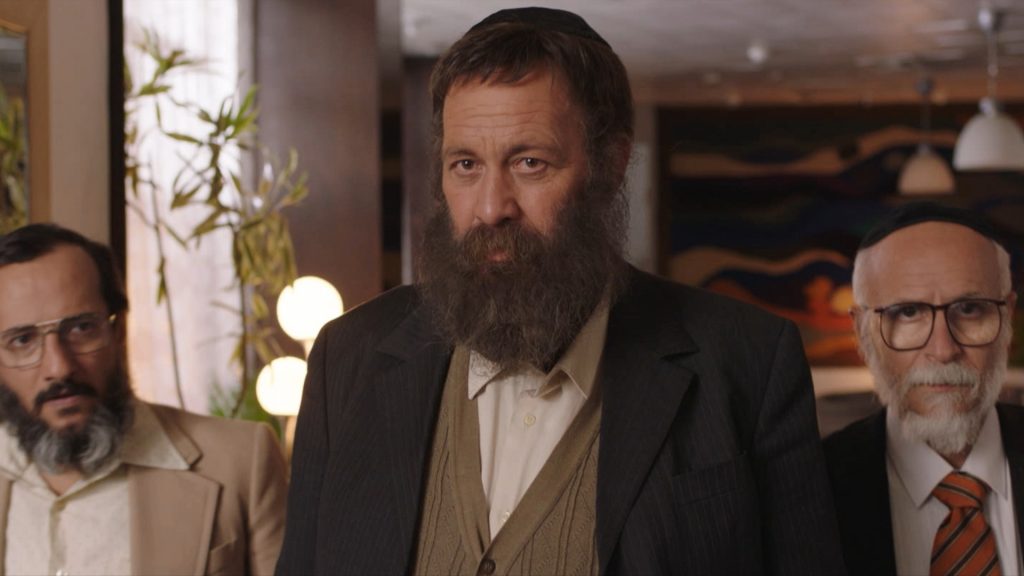 Inspired by real-life events, The Unorthodox is a rousing and often humorous underdog story about the improbable beginnings of “Shas”, the first political party in Israel to represent the disenfranchised Sephardic community. When Ya’akov Cohen’s daughter is expelled from a prestigious school for ethnic reasons, he decides to fight back. It’s 1983 and Ya’akov, a printer in Jerusalem, is just a regular guy. He has no money, connections or political experience. But he does have the will and the passion to take action, and a belief that he and other Sephardic Jews should be able to hold their heads up high. Ya’acov enlists the help of two friends, and together they start the first ethnic political group in Jerusalem. Their grassroots campaign is a ragtag operation that doesn’t seem to stand a chance against the establishment, but then again, it’s driven by a deep sense of conviction, humor and a whole lot of rage. Their efforts will ultimately reshape Israeli society in ways that continue to reverberate today.