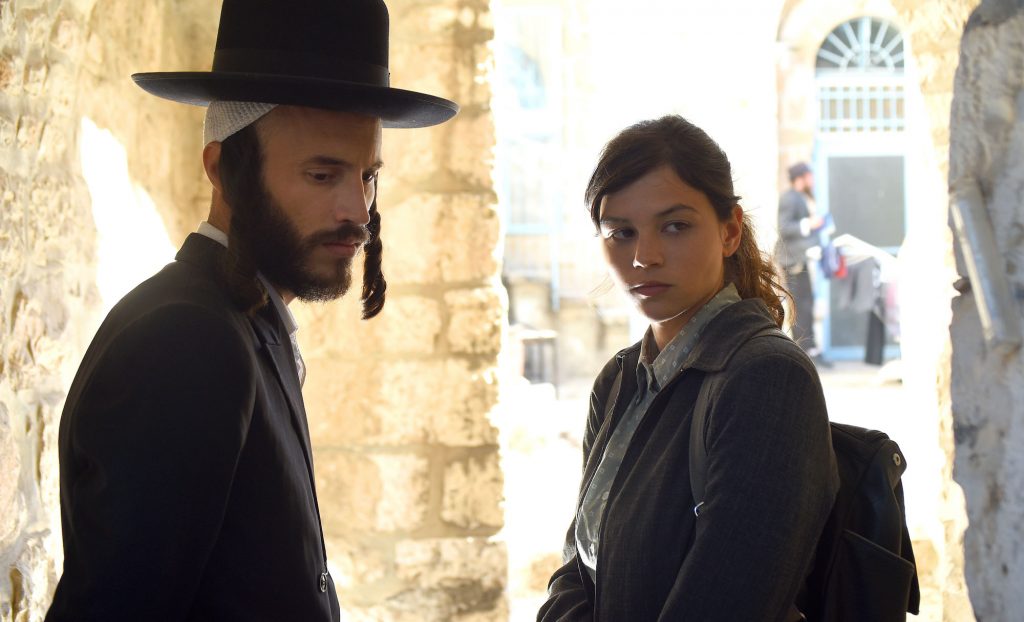 Set against a backdrop of fraught family dynamics and secular-religious frictions, this poignant and gently humorous drama from renowned Israeli director Avi Nesher unfolds with the tension and intrigue of a juicy thriller. Anat, a strong-willed  and rebellious young woman, has suddenly found God. Much to the dismay of her secular family, she has embraced the Orthodox lifestyle, enrolled in a Jerusalem seminary, and is about to marry Shahar, a charismatic musician who was once part of Tel Aviv’s wild club scene and has now become a devoted Hasid.  Desperate to force Anat to reconsider her radical new path, Anat’s divorced parents, along with her grandfather, devise a plot to thwart the upcoming wedding. Meanwhile, her grandfather, a psychologist, is counseling a divorcing couple embroiled in a bitter custody battle over their young son. The paths of both these troubled families will soon become intertwined in startling and unexpected ways. Deftly weaving together the multiple plot lines, The Other Story explores the secular-religious divide in present-day Israel, while offering an engaging and thought-provoking reflection on universal themes of identity, belonging, forgiveness and acceptance of “the other”.