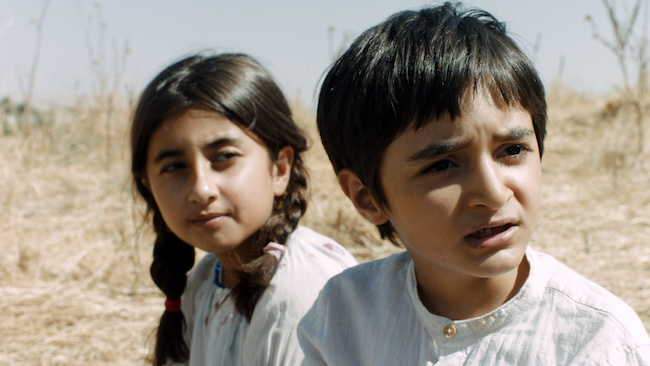 A tender, gently humorous and touching coming-of-age epic, Neighbours is told through the innocent eyes of a 6-year-old child. Opening in a present-day Iraqi refugee camp, the film flashes back to a Kurdish village along the Syrian-Turkish border in the early 1980s, where little Sero attends school for the first time. The new school teacher, sent from Damascus, is determined to indoctrinate the children with Ba’ath Party Arab nationalism. Central to the regime’s propaganda is the suppression of any feelings of Kurdish cultural identity and incitement against the Zionist arch-enemy:  the Jews. The lessons upset and confuse Sero, whose long-time neighbors are an endearing Jewish family who live alongside the other village inhabitants in a peaceful coexistence that transcends religion and ethnic roots. Skillfully mixing gentle humor, satire and pathos, director Mano Khalil depicts a childhood which manages to find light moments between dictatorship and dark drama.  Inspired by the director’s own personal experiences, his bitter-sweet memories offer a poignant reflection on the universal themes of oppression, freedom and the possibility of peaceful co-existence.