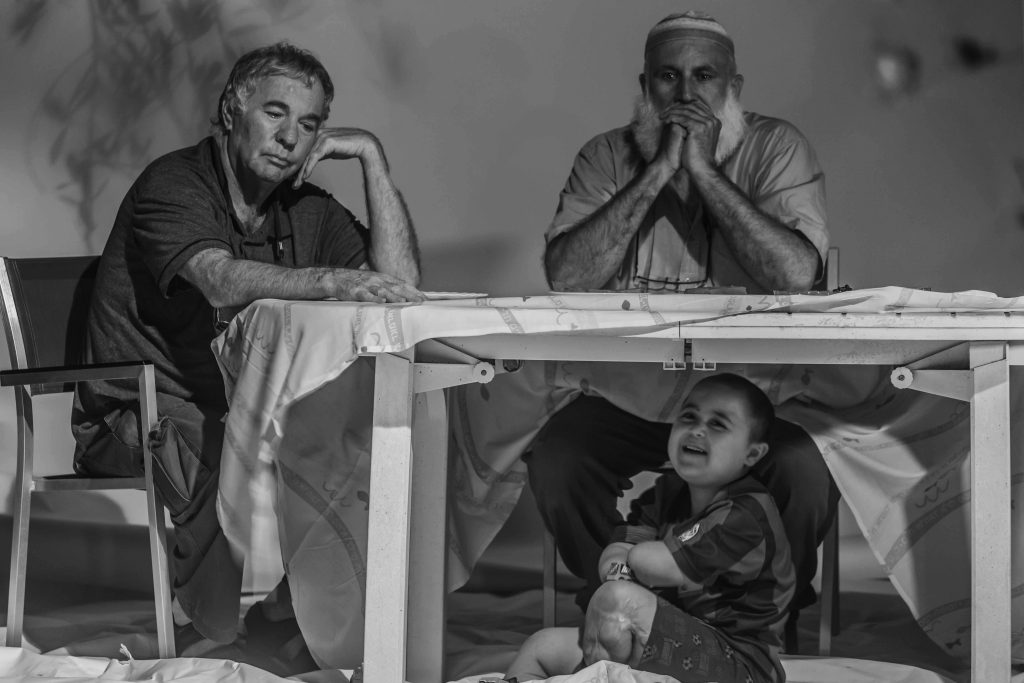 With sensitivity and intimacy, this touching documentary tells the story of Muhi, an exceptional, brave and spirited Palestinian boy caught within the impossible reality of the Israeli-Palestinian conflict – a story of borders, conflict, identity and belonging, all thrust upon the shoulders of one small child. For 7-year-old Muhi, an Israeli hospital is the only home he has ever known. Transported there as an infant for life-saving treatment, he has been unable to return to Gaza ever since – his health hinges on continued medical care that he can only receive in Israel. Watched over by his devoted grandfather, Abu Naim, and aided by Buma Inbar, an Israeli humanitarian volunteer, Muhi is caught between two cultures and two peoples – saved and raised by those considered to be an enemy by his people, in paradoxical circumstances that transcend identity, religion and the conflict that divides his world. However, amidst the ongoing conflict and the security measures that keep Muhi and his grandfather confined to the hospital premises, this island of humanity, compassion and coexistence has also become a bizarre no-man’s land that keeps Muhi separated indefinitely, and heartbreakingly, from his mother and family in Gaza – in a perpetual state of limbo poignantly reflected by his recently updated visa status: “Generally Temporary”. Yet Muhi’s soul is stronger than the divisions that surround him, and his resilient spirit inspires us to see and recognize both people’s common humanity.