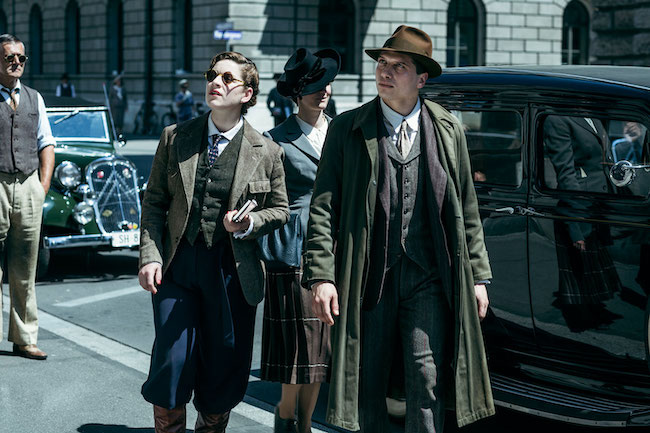 This gripping mini-series and family saga is set in post-WWII Switzerland.  It’s 1945 and finally, there is peace in Europe. Switzerland, the small “neutral” country at the heart of Europe, was all but spared by the war. Klara, her fiancé Johann and his brother Egon are looking bright-eyed into the future.  While Klara tries to mend the wounds of the war by caring for young, displaced Jewish Holocaust survivors, Johann, who works for her industrialist father, hopes to save and modernize his father-in-law’s well-established, yet troubled textile company. Just home from military service, Egon takes his first steps in the Attorney General’s office. His mission: to hunt down fugitive Nazi war criminals.  But peacetime, although long awaited and promising, also holds unforeseen challenges. All three of them soon discover the façade of Switzerland’s neutrality, and realize that moving forward in pursuit of their hopes and dreams for the future will force them to confront the question of how to deal with the past.