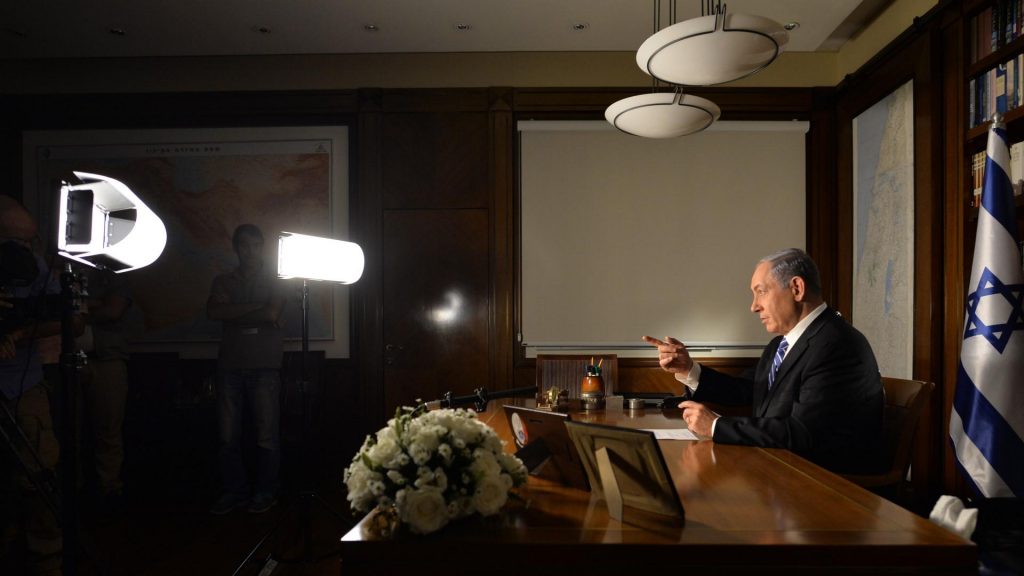 Benjamin Netanyahu, or “Bibi”, has now been Israel’s longest-serving prime minister. Twenty years before the spectacle of Donald Trump’s presidency emerged, Benjamin Netanyahu already understood the political benefits of creating an adversarial relationship with the media, and communicating directly with the public. This riveting documentary, brilliantly assembled entirely of archival footage from his public appearances over the years, tells the remarkable and controversial story of Benjamin Netanyahu’s ascent to power. Tracking the media-savvy prime minister’s career as he quickly perfected his skills as a master of public speaking and media manipulation, the film chronicles Bibi’s evolution from Israel’s great political hope, to a controversial figure whom some perceive as Israel’s savior, and others – as a cynical politician who will stop at nothing to retain his power.