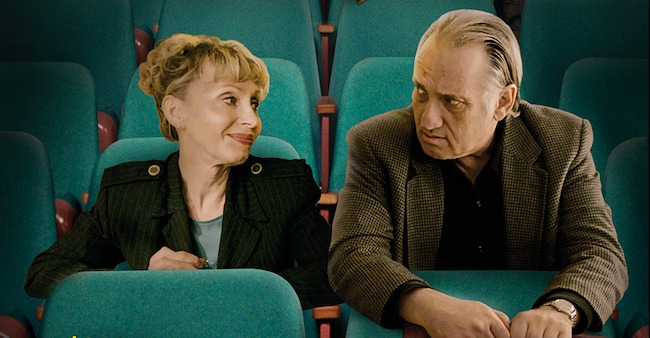 For decades, Victor and Raya Frenkel were the ‘golden voices’ of the Soviet film industry, dubbing character voices of all the major international movie stars for audiences behind the Iron Curtain. Their voices became as iconic as the legends on screen. With the collapse of the USSR in 1990, the middle-aged couple are among the hundreds of thousands of their fellow Soviet Jews who decide to immigrate to Israel and begin a new chapter in their lives. But as strangers in a strange land, their dreams of a better life are tempered by reality, as they soon realize that there is no need for Russian-speaking voiceover artists in Israel. Struggling to adapt to their new culture and earn a livelihood, Victor and Raya are forced to use their distinctive talent in unexpected ways, leading them to wildly absurd predicaments. With its mix of levity, pathos and a gently absurdist tone, Golden Voices is a charming, bitter-sweet dramedy that poignantly portrays the immigrant experience, and the challenges of mid-life changes and cultural displacement.