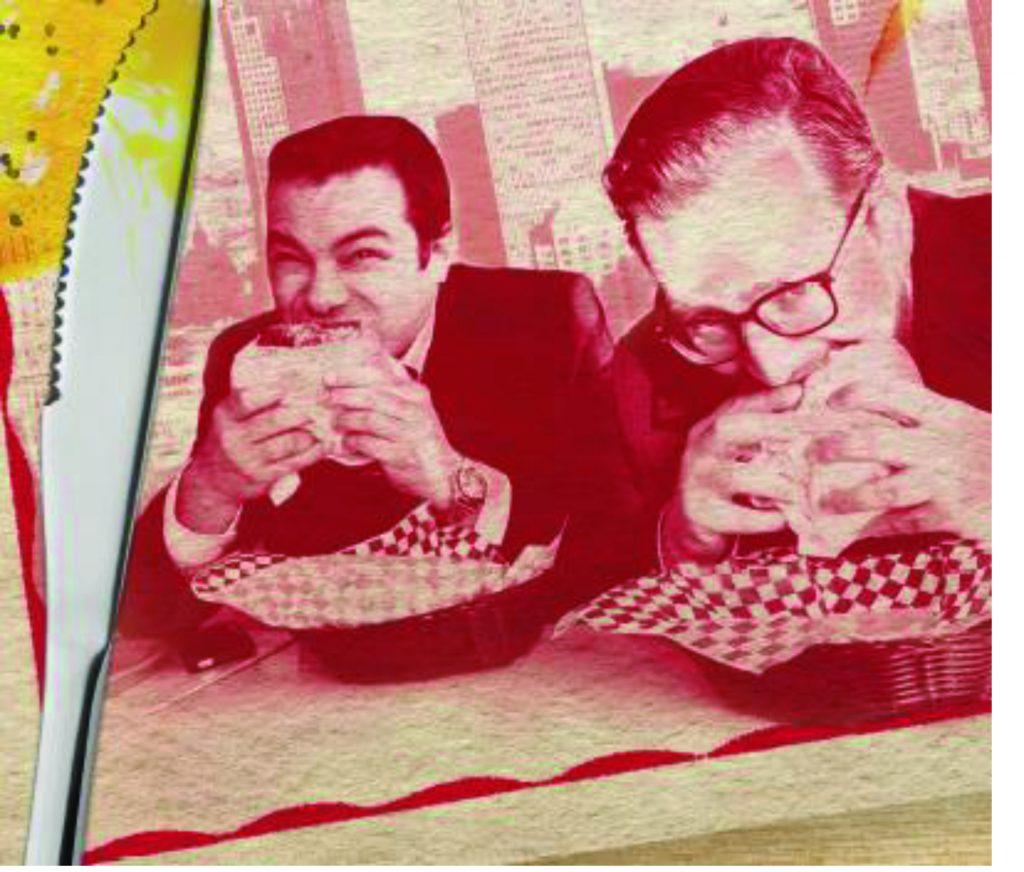 Offering us a mouth watering taste of Montreal’s unique brand of Jewish cuisine, this lively and entertaining documentary follows Montreal natives Jamie Elman and Eli Batalion, creators and stars of the award-winning YidLife Crisis comedy web series, as they set out to discover the fascinating story of Jewish Montreal through an entire day’s worth of eating in and around the city.  Through a series of classical Jewish eateries – from Schwartz’s Deli and Wilensky’s to Fairmount Bagels and Cheskie’s Heimishe Bakery – they uncover the immigrant roots of the city’s Jewish community, unfolding a rich social history of the community over the last 100 years, with various guests along the way sharing tales and meals. From Montreal’s classic smoked meat sandwiches and its iconic bagels to traditional Sephardic cuisine and more modern and innovative fare, the film celebrates the diversity and rich history of Montreal’s Jewish community, and the city’s vibrant – and still evolving – Jewish culinary scene.