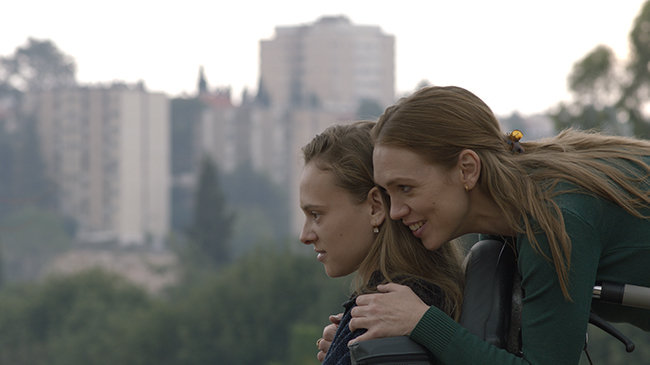 Shira Haas, Emmy Award-nominated star of the acclaimed Netflix mini-series “Unorthodox”, delivers a powerful and nuanced performance in her role as rebellious teenager Vika in this poignant and intimate drama exploring the relationship between a mother and daughter. Asia, her 35-year-old single mother, has been raising Vika on her own since immigrating to Israel from Russia when Vika was just a small child. But for Asia, motherhood has always been an ongoing struggle rather than an obvious instinct, and her relationship with her now adolescent daughter has become strained and distant. They barely interact with one another, as Asia concentrates on her job as a nurse working long hours at the hospital, while Vika hangs out at the skate-park with her friends. Their routine is shaken when Vika’s health takes a sudden turn for the worse. Coming to terms with the realities of Vika’s rapidly progressing degenerative disorder will uncover the deep bonds of mutual love and trust that had remained unexpressed for so long. And as she struggles to better understand her daughter’s fears, longings and emotional needs, Asia will have to finally find her voice as a mother.