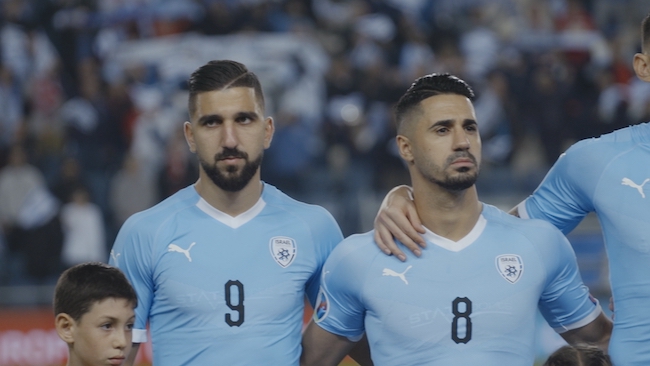 Almost half the players on the Israeli national soccer team are Muslim, including the captain. While many fans are supportive of the team’s diversity and are hopeful that its new roster will lead to victory during an important European tournament, for others, the Muslim players’ presence on the team is a source of discord and controversy often stoked by prejudice and the media. Their loyalty to the team and the country is continually called into question by some, while at the same time, they are criticized in the Arab world as traitors. Focusing on three of these Muslim players, the film offers insight into the identity struggles that they face, as they speak openly about the discrimination and difficulties they’ve encountered along the way, as well as their close, positive, and cooperative friendships with Jewish teammates. These talented players, who at the end of the day, just want to play soccer, reluctantly find themselves as representatives of a larger narrative. With Israeli Arab citizens constituting more than twenty percent of the country’s total population, their story is a microcosm of Israel, reflecting not only the tensions and divisions that exist in Israeli society, but also the potential for building bridges of cultural co-existence.