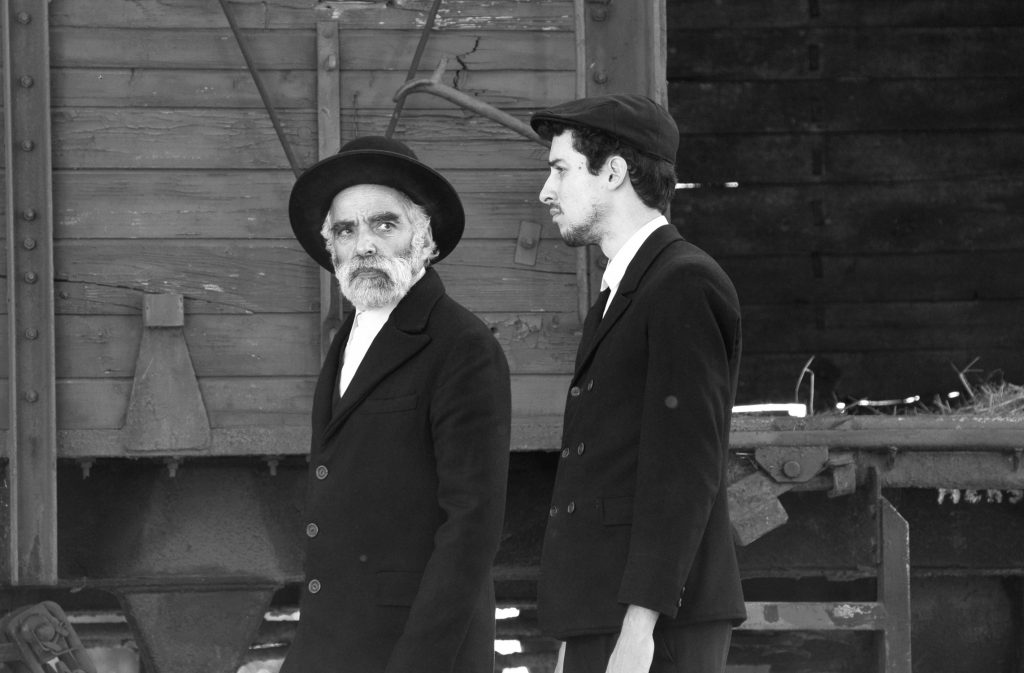 In the immediate aftermath of World War II, deep undercurrents run beneath the simple surface in a quaint village in the Hungarian countryside. On a sweltering August day in 1945, as the villagers prepare for the wedding of the town clerk’s son, two Orthodox Jews arrive at the village train station with two mysterious, large wooden boxes in tow. As they silently make their way to town, a growing sense of unease spreads amongst some of the more prominent townsfolk as they begin to speculate on the purpose of the visit of these two strangers. The town clerk fears the men may be heirs of the village’s deported Jews who’ve come to demand their illegally acquired property back. Other villagers are afraid more survivors will come, posing a threat to the property and possessions they have claimed as their own. Strikingly filmed in black & white, this understated and quietly haunting film powerfully captures a transitional moment in European history, as the villagers are forced to confront their uncomfortable recent past, with this one village’s wartime actions – whether it be betrayal, complicit silence or theft – reflecting the dark moral cloud that hangs over an entire continent.