Home About Us Clergy and Staff Kol Bo 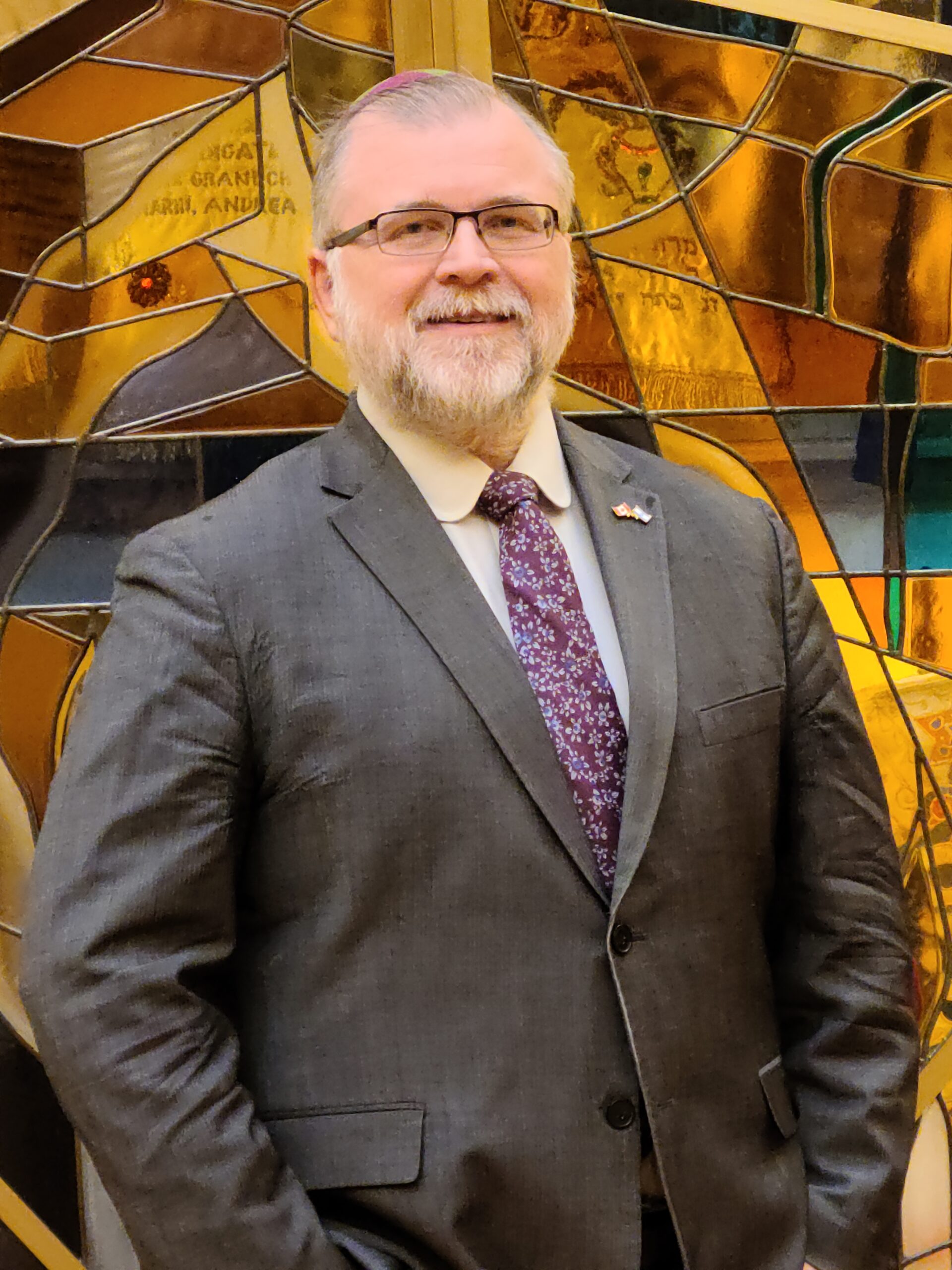 Cantor Russell G. Jayne was born and raised in Boonton, New Jersey and has been singing in both religious and secular choirs since he was a child. Before pursuing his career as a Cantor, he attended The Philadelphia College of Pharmacy and Science where he earned both a BS and a Doctor of Pharmacy degree. After leaving Philadelphia, Cantor Russ became involved in amateur opera and worked for the Genesis Opera Company, as well as participating in the L.O.V.E. music series at the Donnell Library.

In 2008 Cantor Russ was accepted into the H. L. Miller Cantorial School and College of Jewish Music of The Jewish Theological Seminary, and was formally invested in May of 2013. While attending JTS, he served as the Cantor of Chavurat Lamdeinu in Madison, New Jersey, and also as the High Holiday Cantor for Congregation Sha’arey Israel in Macon, Georgia. Prior to his arrival at Beth Tzedec, Cantor Russ served Congregation B’nai Israel of the Somerset Hills in Basking Ridge, NJ. He was also an instructor in the Lifelong Learning program of the Joint Chaplancy Committee for the Jewish Federation of Greater MetroWest NJ, and worked as a B’nai Mitzvah tutor, 7th Grade Religious School teacher and Adult Education instructor at Temple Beth Ahm Yisrael in Springfield, New Jersey.